The heart-breaking life story of Geraldine* The life of Geraldine has been a life of suffering and mistreatment. Both partners fell very short as gentlemen, and also her sons abused and hurt her. Currently 54 years old, her sad story started in 1978 when she was 16 years old. After her father’s death (she was 15), her mother pressured her to marry a military man in the French Foreign Legion. After he retired from the military, they lived in France where she worked in a hospital. She became mother of 3 sons and one daughter. The abuse had started right after the marriage, but the unequal relationship became a hell when his alcohol problem worsened. In addition, her elder sons joined in the physical abuse when they grew older. Their ways separated 25 years later, in 2002, when she left to start a new life in Belgium taking her daughter and the youngest son of 11 years with her. They slept in her car for 1.5 years. But the luck was not on her side. Fourteen years ago, she met a new partner with a Turkish nationality, with whom she spent 5 years in a loving and caring relationship until he received his papers in 2008 to stay legally in Belgium and lived off Geraldine. Since 2009, the man’s face seemed only loving and caring in public, but was tyrannical and possessive in private – day and night. As the years passed, she was kept hostage in her own apartment. She was beaten, she was cut, … Seven years, in which she did not have the courage to seek for help. But after she began to fear for her life in January 2016, she told Serve the City volunteers of her situation, and one of them helped her flee to the apartment of an acquaintance. This new situation is far from ideal, and her doctor has told us that she urgently needs to find a new place to live. Complicating the issue is the fact that her disability payments have been stopped since April to keep her former partner from accessing them, and she is waiting now to receive them by May or June. Additionally, she is meeting with a lawyer to prepare a hearing at the family court to end the legal cohabitation and with it, being in charge of her former partner. For the last 34 years, Geraldine had to undergo 60 operations, many of them a consequence of physical violence. A 14-hours operation needs to be scheduled in summer 2016 but the medical conditions endanger her life. Right now, the help Geraldine needs is varied:

On behalf of Geraldine, SERVE THE CITY/THE WELL is asking kindly for support to ameliorate Geraldine’s situation. Our organisation has supported her in a practical and encouraging way for the last 7 years, but the light at the end of the tunnel has yet to come. At this crucial time, action needs to be taken urgently. Woman in poverty still have to struggle more than their male counter-parts to get the necessary assistance. A fact also EuroParl TV addressed by publishing Geraldine’s story in brief on 19/04/2016: Fighting poverty: the reality for woman We thank you for any kind of support you would like to contribute, and look forward to answering further questions you may have. Please email us at: hello@servethecity.be. Should you wish to make a donation only, please send your contribution t0 Serve the City, indicating Geraldine’s name in the purpose field. Donate here. *Her real name and address cannot be published as she is still persecuted by her former partner and needs protection. SERVE THE CITY/THE WELL can be contacted for further information, authentication and verification. 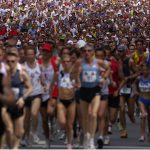 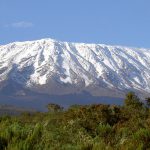 Climbing Mt. Kilimanjaro for a cause!Stories