I arrive at my job, prepare my coffee and suddenly I receive a call from Nathan, who tells me to go into the street to join the walk against poverty during the global day to fight poverty.

With great enthusiasm I start my day, without knowing what was waiting for me. So I join the walk at the European Parliament, who had the motto: “make the invisible, visible.” There I meet Mr. Leo Williams, director of the European Network Against Poverty, who spoke briefly about the rates of poverty in Europe. The figures are shocking: 25% of the European population lives either in poverty or at the risk of exclusion from society, which is 120 million Europeans. Mr. Williams also talked to us about the violent actions of the police that happened a few days earlier in Parc Maximilien, where the Serve the City team regularly brings breakfast to refugees. 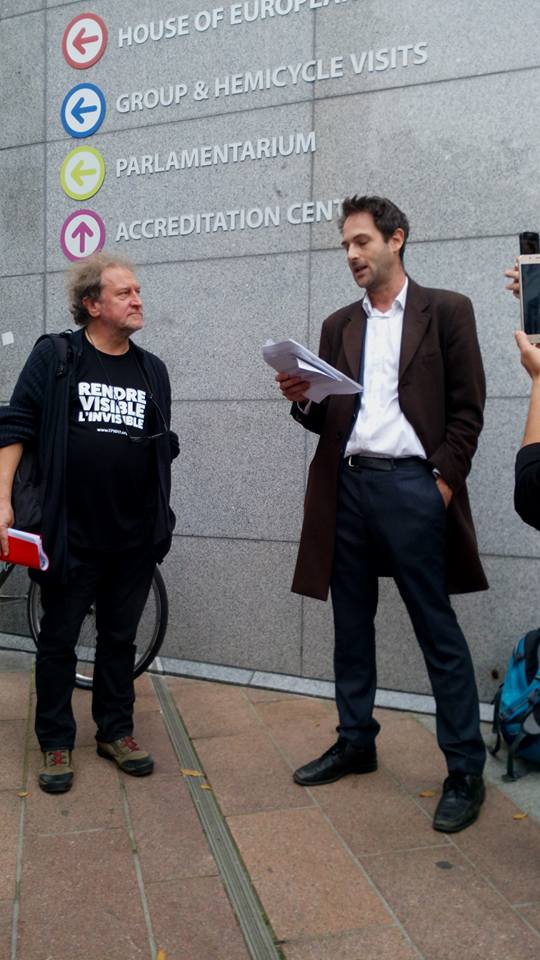 Not far from the Parliament, I meet members of the ASBL Espace P whose aim is the protection of prostitutes and the fight against discrimination and violence. I admit that this part of my experience was a little emotional as I confronted a very complicated reality. There were two people sitting at two tables, a young girl and a man, who represented respectively a student, occasional prostitute, and a family man, with four kids, the client. The man made clear right away that he was not a perpetrator, and he talked about the risks faced by the clients and how they helped the girls. Meanwhile, I could not hear the girl’s story well as there were a lot of people. 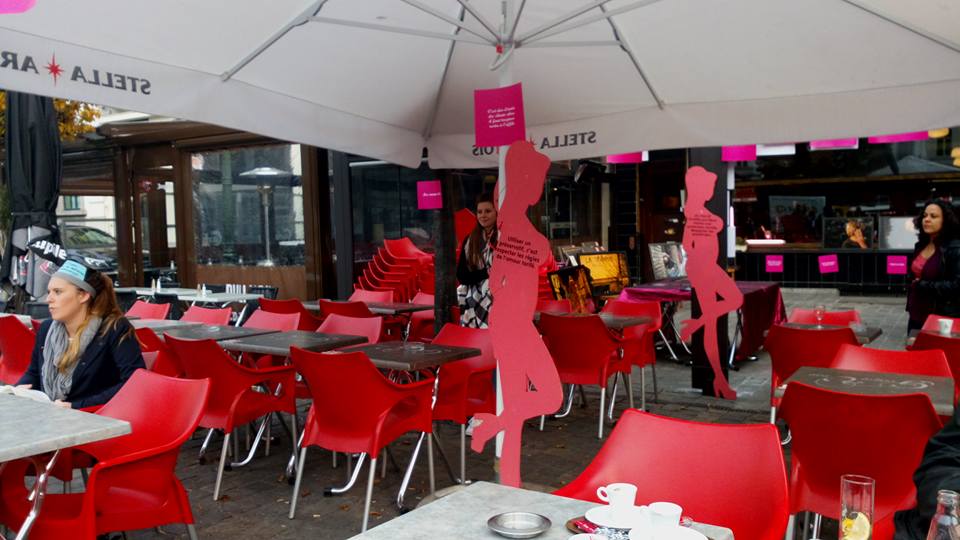 Third step: Fernanc Cocq’s cafe, Le Cocq. Here I heard the sad story of people who lived in the neighbourhood for several years and risked eviction due to discrimination over social class, salary, and immigration status.

Forth step: Place du Jeu de Balle. It is impossible not to notice the poverty and misery in which this neighbourhood’s people live. Here we are welcomed by the association Vreinden ven het Huizeke vzw, who showed us a short film called Schoolpoortwerking, about the difficulties faced by migrants, especially Muslim women with children, as they integrate themselves into a new country. As explained by the protagonists, there are a lot of stereotypes faced by single mothers and they are often the victims of discrimination in their own community.

My last step: A prison cell. Finally, I visit a prison cell in Porte de Hal, this ending was also moving. As soon as I entered, all of a sudden I felt claustrophobic. It was 9 meters across, with a lofted bed and a sink. It was designed for radicals, who were implicated in terrorism. If it is true that they are not good people, sometimes we forget that they are still also human beings.

Conclusion: This day really made me think about the less fortunate areas, often hidden in Brussels. The Capital of Europe and the headquarters of many European institutions also welcome a large number of homeless people and others living under the poverty line. I wish to see a more unified Brussels where each of us, in his own little way, are engaged to make Brussels toujours grande et belle (always bigger and beautiful).